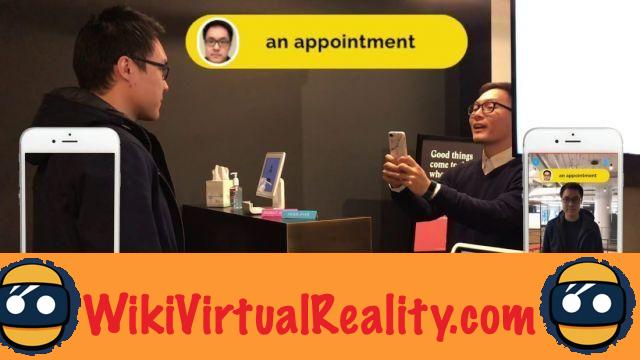 Augmented reality is a technology full of promise for science and society. Among the many revolutionary use cases that can be imagined for AR, there is in particular the possibility of translating sign language. So, in the near future, when glasses like Magic Leap One become available for sale, it will be possible to receive instant oral translation while watching a person speak sign language.

While waiting for this democratization of AR glasses, computer science students at the Tandon School of Engineering at New York University managed to create an augmented reality application for smartphones offering this functionality. The ARSL application was developed by Heng Li, Jacky Chen, and Mingfei Huang as part of the Connected Futures Prototyping and Talent Development program. Organized by the NYU Media Lab in partnership with Verizon, this program aims to invest in emerging technologies like VR, AR, and AI.

Still at the prototype stage, the ARSL application is based on computer vision and augmented reality technologies. Its principle is simple and effective. With his smartphone, the user films a person speaking in sign language. On the screen, a translation in its language is displayed in real time.

Conversely, the application also converts oral language into sign language. Such software could prove to be revolutionary for people with deafness and their families. Heng Li realizes that this is just the start, but hopes this app will help those affected and plans to continue exploring the possibilities offered by new technologies based on their feedback.


ARSL: an app created by NYU students in partnership with Verizon 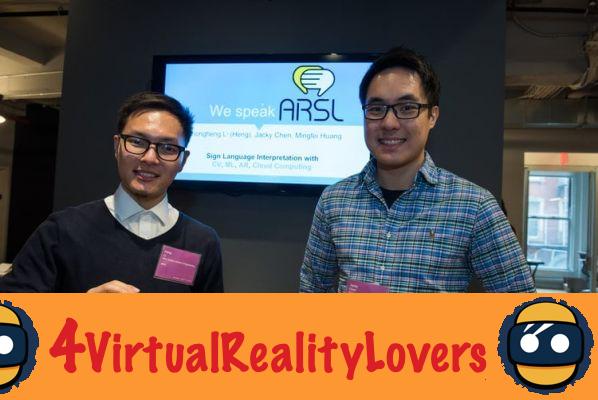 As Christian Egeler, XR Product Development Director for Envrmnt, Verizon's platform for extended reality solutions, explains, the communion between the best students and the AR / VR laboratory of Envrmnt makes it possible to "do magic". The manager believes that this is how the technologies of tomorrow will emerge.

For his part, NYC Media Lab executive director Justin Hendrix is ​​very happy with the opportunities Verizon offers its most talented students. The organization will also continue to explore the possibilities offered by augmented reality, virtual reality and artificial intelligence. with the opening of the first publicly funded VR / AR Center.

The ARSL application soon available on iOS and Android? 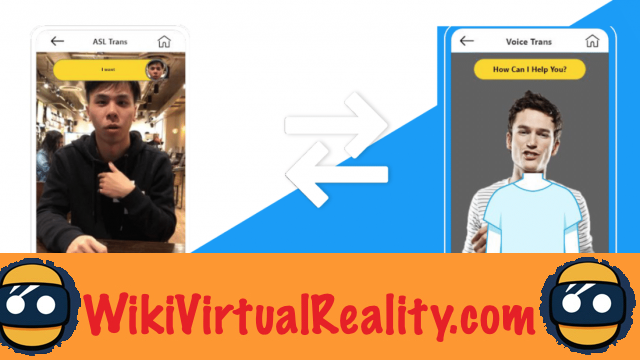 Au total, le programme Connected Futures Prototyping and Talent Development will finance a dozen projects in 2018. Other funded applications include the AR Impromptu application that allows anyone to make music without technical knowledge. We can also talk about Dreamine, which allows you to import creations into augmented reality video games.


For now, it is not known if these applications will one day be offered on the iOS App Store or the Android Google Play Store.. Marketing these apps is not the program's core goal, according to a Verizon spokesperson. However, it is possible that some participating teams will opt for marketing afterwards. ARSL could be one of them.