Sixense: the very 1st VR 6DoF controller is canceled, after 5 years of delay 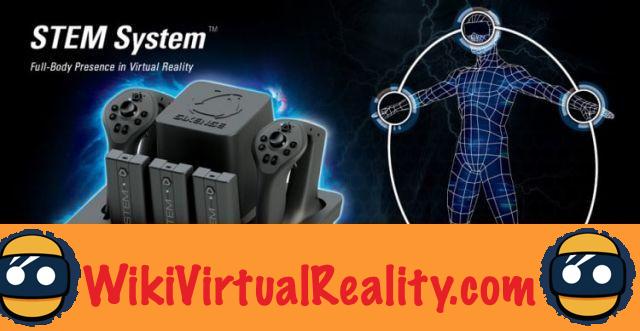 In 2013, Sixense launched a Kickstarter campaign to finance its project: Stem, the very first 6DoF motion detection controller for virtual reality headsets. With this accessory, users of future VR headsets will be able to use their hands intuitively in the virtual world.

At the time, no similar accessory existed for the Oculus Rift DK1. It's a revolution. The ambitious project appeals to all VR fans, and Sixense quickly manages to lift $ 604 from 978 contributors.

Unfortunately, 5 years later, the accessory has still not been delivered. Meanwhile, the HTC Vive released with its Vive Wands motion-sensing controllers. Similarly, the Oculus Rift has expanded to 6DoF Oculus Touch controllers. Now, in the face of these solutions provided by leading VR headset manufacturers, the Stem seems useless despite its superior accuracy.

That is why Sixense simply decided to give up to market its product to the general public. Much like Jaunt who just ditched VR, Sixense appears to be a victim of the over-the-top VR hype that began in the early 2010s.

Sixense abandons the general public for the healthcare sector

However, it should be noted that all Kickstarter contributors to the Stem will be fully refunded via PayPal. In fact, at the beginning of 2018, Sixense entered into a partnership with the Penumbra company in the health sector.

The latter wants to use 6DoF technology for applications such as training surgeons in VR or patient rehabilitation. In total, Penumbra bought 90% of the company for $ 20 million.

So there will be no problem for Sixense to reimburse all contributors and all pre-orders 100%. In addition, the firm will continue to develop its technology for the business market.

In addition to the health sector, Sixense is interested in other use cases such as vocational training. In particular, she is developing an application allowing workers to learn to weld to perfection in VR.

Even so, the company's CEO, Amir Rubin, remains convinced that the consumer VR market is doomed to take off. In recent months, he admits to having been particularly impressed by the Beat Saber game, or by Facebook's new Oculus Quest wireless headset. In the next few years, when the general public will need more precise controllers, Sixense plans to make a comeback.

add a comment of Sixense: the very 1st VR 6DoF controller is canceled, after 5 years of delay