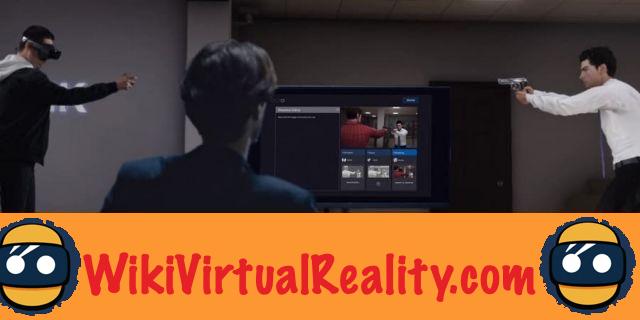 The Westworld series has probably left an impression on you with its strange universe. An amusement park populated by robots allows you to relive the great moments of several historical eras. These machines control the flow of events and let the participants do what they want without a shadow of consequence.

It is on this principle that rct, a Chinese startup closely followed by TechCrunch, is basing its future engine for creating interactive films. Unlike other games of the type like Detroit: Become Human directed by David Cage where the scripts are written in advance, rct wishes to leave the work to an artificial intelligence.

Westworld without the deranged robots

This one would imagine the continuation of a story according to the actions in real time of the spectator / player. For this, the young company relies on a proprietary engine named Morpheus. This allows the machine to be instructed with thousands of data based on stories written by humans so that it can orient the story according to the viewer's choices. Ultimately, the development studio hopes that its AI will learn on its own and create its own scenarios.

In a video demonstration, the young company imagines a robbery of a bank with several exits. In one case, the spectator commits the crime alone. In another, a woman helps him. In a third, she turns to him and kills him.

To interact with this intelligent narrator, the player dons a virtual reality headset. He controls his actions by voice. It may sound strange, but the Chinese team is behind the smart speaker from giant Baidu. Ultimately, this is not surprising. According to TechCrunch, the startup could develop other means of interactions.

This AI capable of creating immersive interactive films would help directors. They could, for example, transcribe text into three-dimensional images. In the example used by RCT, the person says aloud: “the man throws a cup on a desk in front of a sofa”. Thus, it would be easier to imagine and direct a feature film. In another register, the creators of video games would have access to an intelligent scenario generator, much better than that of Luc Besson.

This ambitious project requires a deep knowledge of the world of cinema. However, the founders of rct do not have this expertise. It relies on the support of the Future Affairs Administration, a publishing company with 200 writers specializing in science fiction.

With the backing of early-stage finance company YCombinator, rct must bring this revolutionary technology to life. Hopefully she will be successful at Westworld.