Facebook: 45% of French people think they will use VR on a daily basis 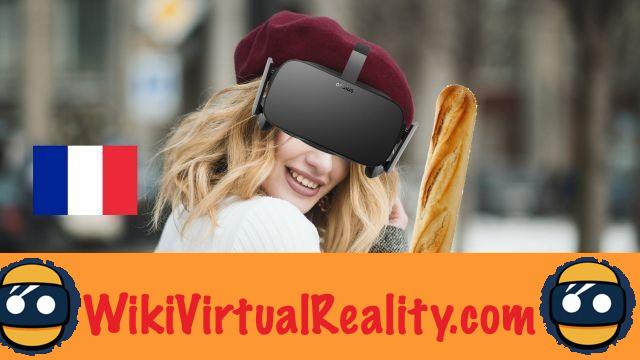 In order to measure the general public's interest in virtual reality, Facebook conducted a study among 11 adults from 000 different countries. According to this survey, 65% of consumers believe that virtual reality will eventually become part of their daily life. This is therefore the opinion of a majority of people.

However, this percentage varies greatly from one region to another. So, in France, we are only 45% to share this opinion. In the United Kingdom, 58% think so and 60% in the United States. In Brazil, the percentage reaches 77%. Finally, India is breaking all records with 87% of respondents expecting VR to enter everyday life in the near future.

Facebook: 63% of consumers prefer to shop in VR than in stores

In addition, respondents were also asked the main use cases for which they wish to use virtual reality. The most cited application sector is VR tourism, since 71% of respondents are interested in the idea of ​​using this technology to visit their future hotels or vacation destinations in order to better choose. Next are entertainment at 59%, retail at 58, automobiles at 49%, and video games at 48%.

Note that 63% of Internet users surveyed are interested in the idea of ​​using virtual reality to visualize products without having to go to a physical store. Indeed, shopping in VR or v-commerce makes it possible to test the products as in a store while staying at home as with e-commerce.

This study is rather encouraging for the future of virtual reality. As a reminder, in 2017, Facebook has announced plans to attract a billion people into virtual reality.

However, to democratize, this technology will still have to overcome several obstacles. Many people are still put off by the price of VR headsets, even though all-in-one devices like the Oculus Go or the Oculus Quest prove to be more affordable than first-generation PC headsets like the Rift and the HTC Vive. It will undoubtedly be necessary to wait until prices continue to fall and technology improves so that RV really enters all cottages.

Most Windows Mixed Reality headsets are out of stock ❯

Top 25 best games and experiences for the Oculus Quest

add a comment of Facebook: 45% of French people think they will use VR on a daily basis