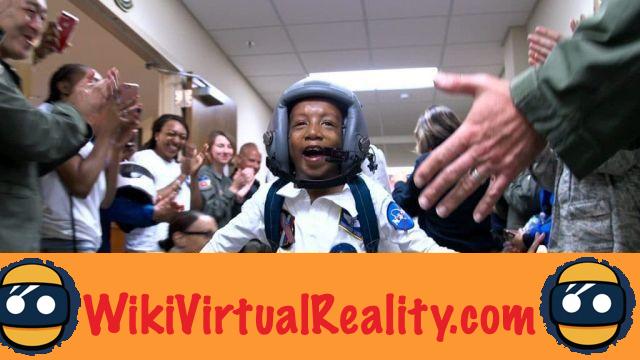 At just 7 years old, young Zayden Wright has already undergone 38 echocardiograms, six heart cauterizations, and four open heart surgeries. This child was born with a rare disease. Despite this sad fate, Zayden does not complain. He is content to face everyday life, keep your head up hoping to heal someday.

Besides, being cured is not his dearest wish. What this young boy wanted above all else was one day be able to visit the planet Saturn. Thanks to the Make-a-Wish association, HTC Vive and the magic of virtual reality, this wish could be granted. 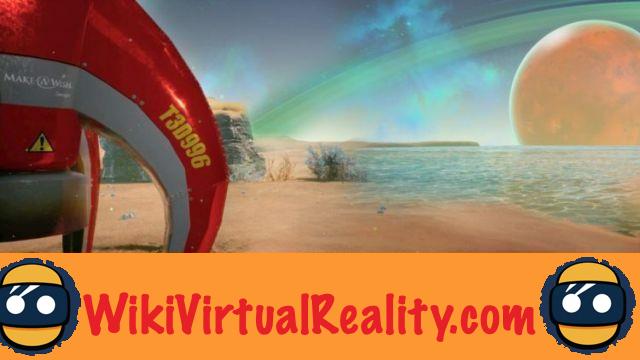 Of course, sending Zayden to Saturn in the real world is impossible. However, for Make-a-Wish, the famous association that makes sick children's dreams come true, refusing a wish is not an option. In order not to disappoint him, the association decided to appeal to TRICK 3D immersive content creation studio.

Based on his parents' detailed description of the planet Saturn, TRICK 3D set out to recreate his journey into space as he imagines it in virtual reality. To do this, the company first contacted HTC Vive, which not only agreed to provide a custom-made VR headset to look like astronaut glasses, but also to participate in the project by helping to recreate this imaginary adventure.

The space travel imagined by Zayden was materialized in every detail, from the red spaceship in which he dreamed of boarding to the little green aliens populating the sixth planet of our solar system. Particularly involved in this project, TRICK 3D has done everything to ensure that the realism of this personalized virtual experience is pushed to the maximum.

For good reason, according to studio co-founder Chad Eikhoff, this type of project is quite simply the raison d'être of technology. Thus, in addition to being inspired by the description provided by the boy to his parents, TRICK 3D was based on real world physical properties, and developed a storyline to spice up the adventure.

After the experiment was completed, Zayden was taken to Dobbins Air Force Base. Dressed in an astronaut costume, the young man took off in virtual reality with NASA astronaut Leroy Chiao, to the cheers of some fifty pilots who had come to welcome him.

His wish was granted on May 1, 2017, but HTC Vive has only just revealed having taken part in this moving project. More than a beautiful story, this project highlights the possibilities offered by virtual reality. This technology gives humans the opportunity to bring their wildest dreams to life, to erase the line between reality and imagination. As 2017 draws to a close, it seems clear that we've only explored a tiny fraction of the possibilities VR has to offer.