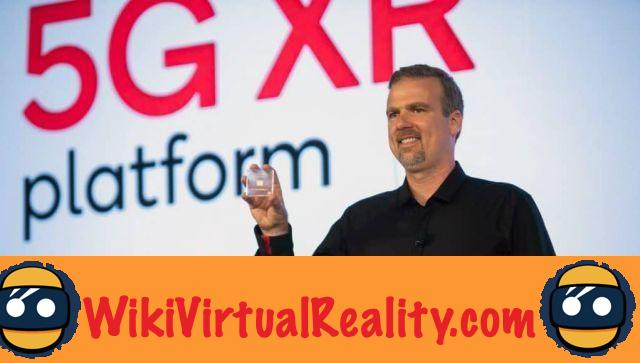 Qualcomm is currently the market leader in processors for stand-alone VR and AR headsets. Its chips are found in particular in the Oculus Quest, Oculus Go, HTC Vive Focus, HoloLens 2, Lenovo Mirage Solo headsets and many others.

Most of these devices have chips initially designed for smartphones. However, in 2018, the American firm launched its Snapdragon XR1: the first chip specially designed for virtual and augmented reality headsets.

Now Qualcomm has just announced its new Snapdragon XR2 5G chip dedicated to autonomous virtual and augmented reality headsets. Unlike the XR1 which was aimed mainly at low-end helmets, this second version is intended for high-end helmets. We could therefore find it on future devices such as the Oculus Quest 2 or the Magic Leap 2.

In terms of performance, the XR2 far outperforms the Snapdragon 835 found in most current standalone VR headsets such as the Quest. CPU and GPU performance have been doubled, pixel output capacity for video has increased fourfold, and definition per eye has increased sixfold. It therefore allows the support of 4Kx3K definition screens at 3Hz. 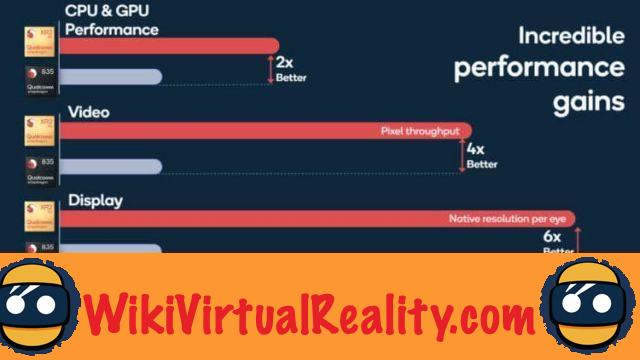 Beyond this performance gain, the platform is optimized to meet the needs of VR and AR headsets. For example, helmets equipped with this new component will be able to support up to 7 camera feeds for tracking of the user and his environment. Previously, the XR1 only supported four simultaneous video streams.

Tracking will therefore be able to be considerably improved on future autonomous helmets. For example, with three additional cameras, the next Oculus Quest could follow the user's eyes, mouth, or even legs.

A low latency video pass-through feature could also improve the pass-through experience offered by devices like the Quest. It would therefore be possible to combine virtual reality with augmented reality, like the Varjo XR-1 PC headset priced at $ 10.

However, the main novelty of this XR2 chip is obviously the integration of 5G. Stand-alone headsets will therefore be able to benefit from higher bandwidth, and very low latency mobile connectivity. This will allow you to enjoy a connection similar to that of WiFi, even when connected to the mobile network.

In the first half of 2020, Qualcomm will unveil the new version of its benchmark design based on the XR2. Manufacturers can use this design to develop their own autonomous virtual and augmented reality headsets. The first models should be launched in the second half of 2020. During this conference, Qualcomm also announced a partnership with Niantic around an augmented reality headset ...

New Spectacles glasses with AR by the end of the year ❯