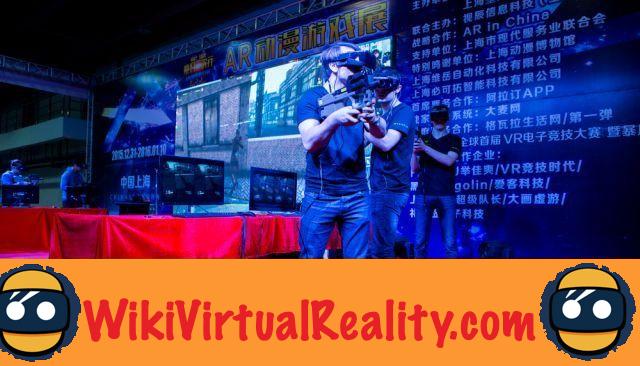 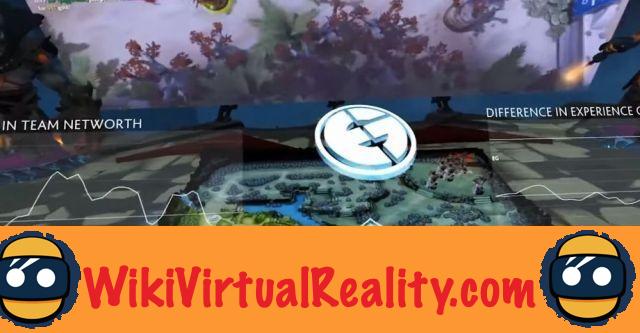 It is already possible to attend eSports competitions through a virtual reality headset. The spectator can sit directly alongside the avatar of the professional player, and thus feel fully immersed in the show. Startups like Sliver.tv are actively working to open up VR spectating to more games and devices. 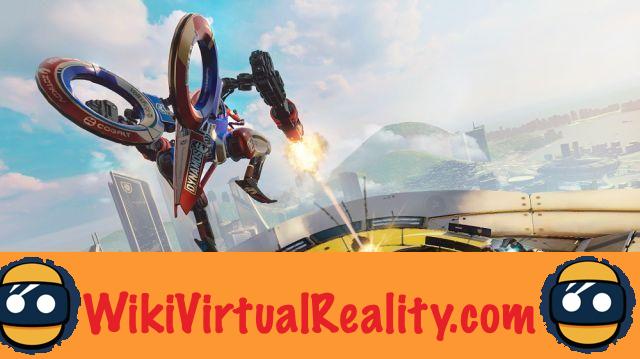 Several virtual reality games are specially designed for virtual reality competition. This is for example the case of the game RIGS Mechanized Combat League. In the near future, rather than competing against each other using a keyboard and mouse, professional gamers will be able to fight in virtual reality, using motion-sensing controllers like the Oculus Touch, and physically moving thanks to Room Scale Tracking technologies. The border between sport and eSport will therefore gradually disappear.

eSport VR: eSport could be considered a real sport thanks to virtual reality

Virtual reality could literally transform the field of eSports. First of all, it could give birth to a new category of professional players, much more athletic, training up to 12 hours a day on omnidirectional treadmills and other movement simulators. Recall that a player recently lost 22 kilos in 5 months playing virtual reality for one hour a day.

On can also evoke concepts like The Void, which offers a group of players to venture into virtual reality on a warehouse scale. Equipped with wireless VR headsets, players move freely in the warehouse and simultaneously evolve in virtual reality. Currently, The Void only offers co-op content. Players must team up to take down virtual enemies. However, it is possible to consider competitive content, offering two teams of players to compete on a virtual battlefield. Such clashes at the scale of a large area would be very interesting to watch, and represent a field of possibilities for eSport VR.

Esport VR could also attract a larger and more engaged audience. In traditional eSport, viewers just watch what's happening on the screen, ignoring the players who sit still in front of their screen. With virtual reality, players will now be forced to run, duck and jump to win the game. The matches will therefore be much more spectacular, and can therefore attract more spectators. In addition, thanks to VR, eSport could gain more legitimacy as a sport.

eSport VR: a springboard for the virtual reality industry? 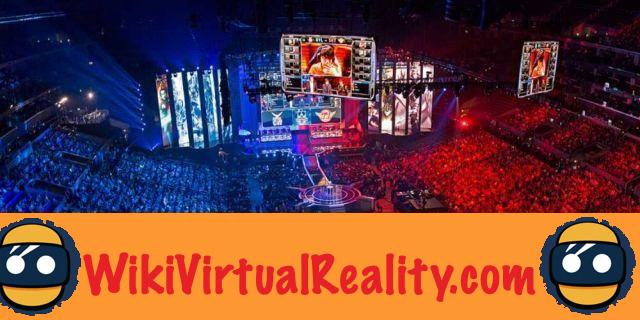 Of course, eSports could be very beneficial for the virtual reality industry, which is struggling to attract the general public. In addition to attracting new users, the competitions could attract investors. Recall that the eSports market could bring in $ 5 billion each year by 2020. Content developers and VR headset manufacturers will benefit from the money from bets, and professional players will be attracted by the salaries. When fans start watching VR matches, other esports players like distributors, sponsors and organizers will praise VR, which will also help boost its democratization.

eSport VR: When will the competitive VR video game industry take off?

Despite all of its potential, eSport VR has yet to take off. There are two main barriers to its development. First of all, virtual reality suffers from a cruel lack of content. Sure the thousands of PC games released each year, around 4 or 5 are played at a professional level. However, for the moment, no real multiplayer VR blockbuster is available. None of the major eSports developers like Valve, Blizzard, or Riot Games have launched a major virtual reality project. In fact, VR is not yet at the stage of being able to federate an eSports community. This is not surprising, given that mainstream headsets like the Rift and Vive have only been available for a year. The industry is still at the experimental stage of its development.

Otherwise, the virtual reality user community is still too small. Most esports viewers are gamers who know the rules of the games. Considering the low number of VR gamers, it's too early for an ecosystem of professional gamers to form. Faced with these obstacles, eSport VR should not take off until at least 2020, when the technology itself will be democratized.

eSport VR: is virtual reality really the future of eSports?

There are several obstacles facing the growth of eSport VR. First of all, sales of VR headsets in 2016 were significantly lower than analysts' forecasts. However, most spectators of traditional eSports competitions are also gamers. It is therefore necessary that a large community of users of VR headsets develop for eSports to develop. Companies like BoomTV, Genvid, Silver and Valve are actively working to facilitate VR spectacting. Platforms like VREAL, YouTuve and Twitch should also work in this direction in the years to come.

Otherwise, the VR headset market is grossly too segmented at the moment, with five major devices available. Standardization is an essential factor for the establishment of a competitive environment. For example, no one envisions an Overwatch tournament in which one team plays on PS4 and the other on PC.

Le lack of relevant content is also a brake to take into account. So far, most of the VR games available are simple simulators, or individual games with a basic concept. For VR eSport to develop, it will be necessary to wait for the release of FPS, MOBA and AAA strategy games in virtual reality. In short, the future of eSport VR depends on the development of the industry as a whole.

The Unspoken: the first eSport VR tournament organized by Microsoft and Oculus 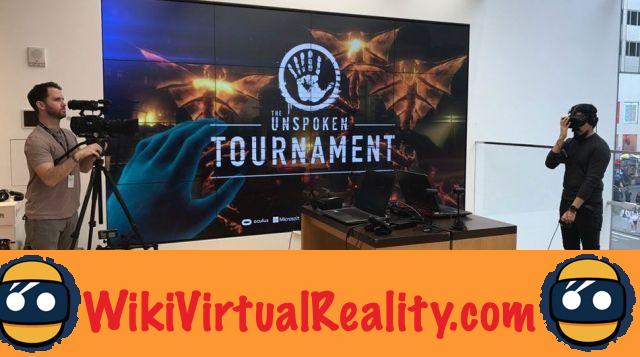 Du May 13 to June 20, 2017, Microsoft, Oculus, Asus, Intel and Insomniac Games are organizing the first VR esport tournament, around the game The Unspoken on Oculus Rift. The event takes place in more than 80 Microsoft Stores in the United States and Canada. The semi-finals take place on May 20, and the grand final will take place on June 20. The winner will receive a prize worth $ 7500, including an Oculus Rift, a VR-Ready PC, and a cash prize.

The Unspoken, available exclusively on Oculus Rift, offers players to play as different wizard classes and compete with spells and summons within virtual reality. To cast spells, the user must wield the Oculus Touch controllers and perform various gestures. At the same time dynamic, intuitive and competitive, the title lends itself particularly well to eSports. Without disclosing the number of players, Oculus also declares that it is one of the most popular games on the store. A large community of seasoned players has already been formed. The involvement of these large tech companies in the organization of tournaments seems to mark the dawn of the era of eSport VR.

eSport VR: who are the main players in the market today? 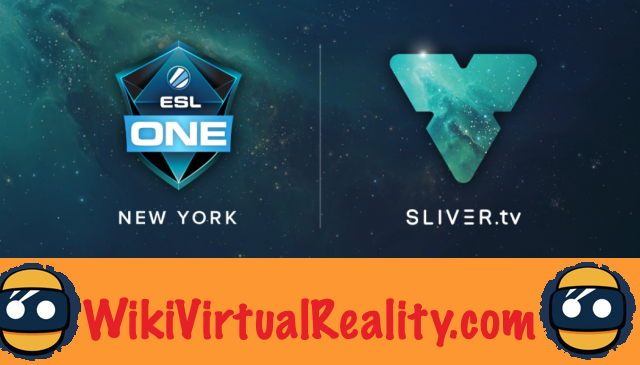 Sliver.tv is the originator of an application for viewing 360-degree videos using a virtual reality headset. The firm specializes in the live broadcast of eSport competition. Currently, Sliver.tv only offers broadcasts of traditional eSports games, such as League of Legends, DOTA or CS: GO. However, in the near future, this company intends to establish itself as the main broadcaster of eSport VR competitions. 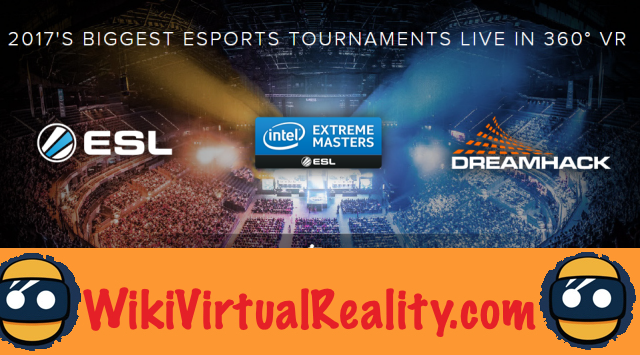 In as part of the Intel Extreme Masters (IEM) 12 eSport tournament, Intel and ESL have partnered with Sliver.tv to broadcast the event in virtual reality. The goal is of course to make eSports events more immersive for spectators. However, these three firms are looking much further into the future of eSport VR and intend to exploit all the possibilities offered by this technology. 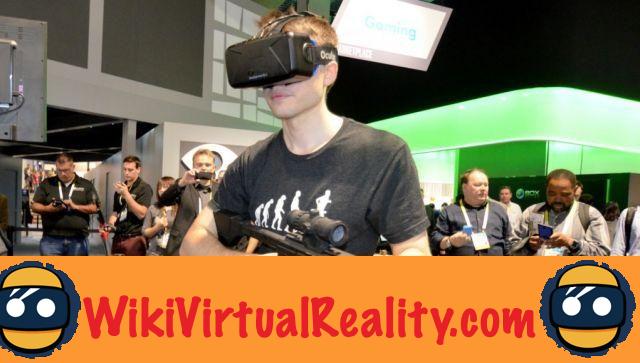 Under the CES 2016, Virtuix organized an eSport VR tournament. The company has connected four HTC VIVE headsets to its famous Virtuix Omni multi-directional treadmills. Visitors could arm themselves with a replica rifle and compete in the virtual arena of a VR FPS called Omni Arena. According to Jan Goetgeluk, CEO of Virtuix, VR will encourage players to get up from their chairs, and thus add a physical dimension to eSports. Thus, the video game competitions will be more spectacular for the spectators, and more exciting for the players. For example, in the case of the Virtuix Omni, the faster the player runs on the mat, the faster they run in the game.

During the first two days of CES, over 100 players launched in 30 minute sessions. Virtuix offered two one-on-one game sessions, allowing more players to enter the competition. According to Goetgeluk, having an Omni is essential to fully enjoy VR FPS. Otherwise, security concerns, space constraints and the risk of motion sickness can ruin the experience. Virtuix intends to explore how it can partner with established esports leagues like ESL, Major League Gaming and ESWC. 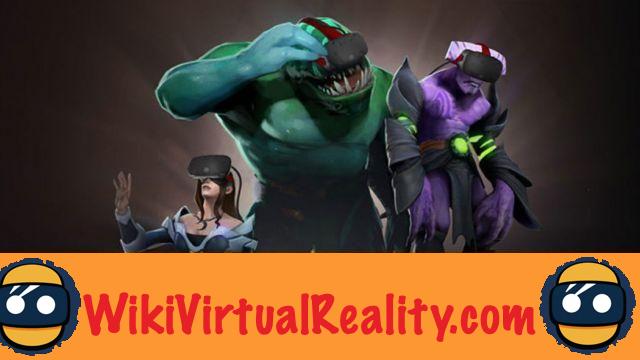 Valve, the creator of the SteamVR OS for HTC VIVE, is also the developer of two of the most popular eSports games today: Counter-Strike: Global Offensive and Dota 2. The firm is aware of the potential of eSport VR. Watching someone play in VR is fun, she says, because people are physically moving, and viewers can understand what their movements in the real world are for in-game. While no eSports game is currently available on the Vive, the developers plan to explore this avenue in the future. Games specially designed for eSport VR will emerge, once content creators understand how to tame this new technology.