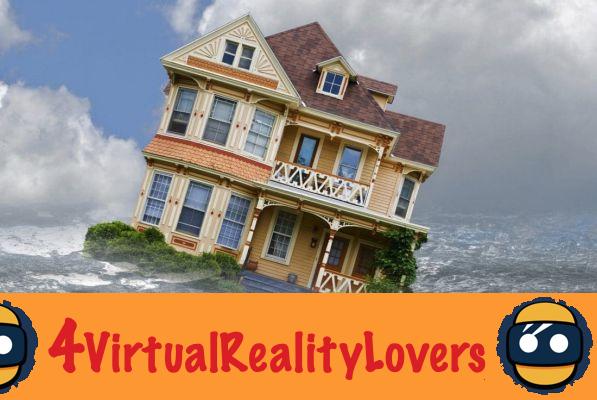 With the HTC Vive VR headset, launched at the start of 2016, HTC introduced the concept of “room-scale” tracking. This tracking system makes it possible to follow the movements of the user of the helmet on the scale of a room. Its movements can thus be transcribed in virtual reality. Thanks to this technology, the user can move simultaneously in the real world and virtual reality.

In the case of the HTC Vive, this tracking is based on two infrared sensors placed at two opposite angles of a room. These are the famous Ligthhouse stations, supplied with the helmet. Subsequently, Oculus also developed a room-scale tracking system for the Rift, based on three Oculus Sensors placed around the player. More recently, Windows Mixed Reality headsets and standalone headsets like the Oculus Go offer a tInside-Out racking, allowing room-scale tracking to be taken advantage of without the need for external sensors, thanks to cameras integrated into the helmets.

After room-scale tracking and warehouse-scale, here is the building-scale 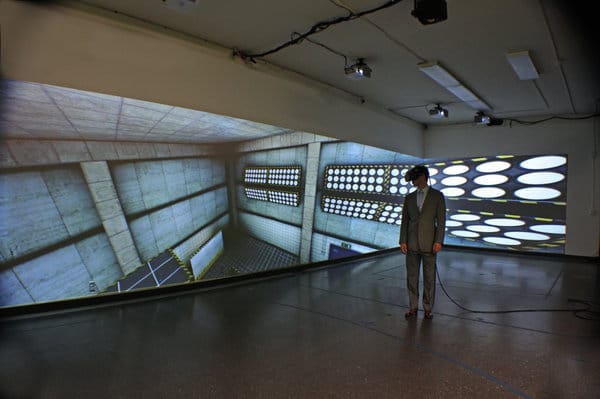 Room-scale tracking is used by many VR video games, to increase the feeling of immersion in the virtual world. It's about a more realistic alternative to teleportation movement systems. The player can move in all directions, 360 degrees, over an area of ​​a few meters. However, room-scale tracking is limited, as the name suggests, to the scale of a single room.

The next step for the VR industry is of course to offer position tracking over a larger area. Several companies have already developed warehouse-scale tracking systems, allowing to follow the user at the scale of a warehouse.


This is the case with WorldWiz, whose tracking technology can track a maximum of 10 people simultaneously within a space with a maximum wingspan of 50 × 50 meters. Likewise, companies like VRCade Arena, The Void or Zero Latency apply warehouse-scale tracking to the entertainment sector to allow several users to join simultaneously within the same game in VR over a large area.

For its part, HTC Vive also intends to offer a tracking system extended to a larger surface with its new Lighthouse sensors from SteamVR tracking 2.0. Unlike the first generation Lighthouses, these new and improved stations are not afraid of interference.

It is therefore possible to disseminate a large number of them in all the rooms of a house or even a building to track user movements across a building. The new Lighthouse SteamVR Trackin 2.0 will be available in a few months and compatible with the new HTC Vive Pro unveiled at CES 2018.

For its part, Microsoft is today unveiling its “building-scale VR” technology (virtual reality on the scale of a building). However, in this case, it is not a simple tracking system. Microsoft goes further by reproducing the interior of an entire building in virtual reality with incredible precision. To do this, the firm uses a mobile robot equipped with a laser sensor, an RGB camera with depth detection, and a panoramic 4K camera. This mobile robot is capable of traversing a building to scan it in its entirety and reproduce it in virtual reality. The robot is even able to scan each object automatically by turning around.

Presented by Microsoft Research, this innovation is not intended for the video game industry. The firm wishes to realistically simulate natural disasters such as earthquakes or floods, to allow residents of buildings located in high-risk areas to practice evacuating the premises in case of disaster. So users can practice how to react when something goes wrong. Within the simulation, the entire virtual environment can be manipulated. An original and relevant use of virtual reality. Microsoft plans to apply its technology to more complex buildings like libraries or museums.

REXR wants to turn all your games into virtual reality ❯